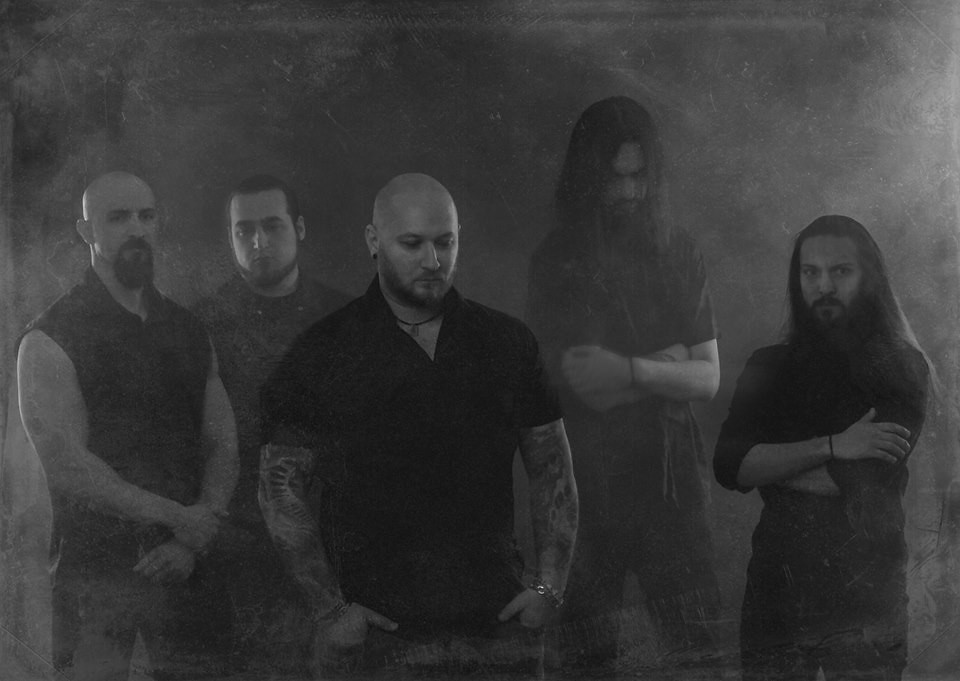 In a few days will take place the sixth edition of a festival dedicated to the dark and heavy sounds: Madrid Is the Dark. One of the bands that will play is Clouds, a respected band in the underground of the Doom Metal scene. It will be the first time that Clouds perform in our country. Because of that special occasion and also the release of their brand new album ‘Dor’, we had the perfect excuse to chat with Daniel Neagoe about that.
Interview done by Xènia von Ereticy

EMPIRE MAGAZINE (EM): Hello Daniel! How are you? First of all, thank you for your time answering our questions before Clouds performance at Madrid Is The Dark. I suppose that you are extremely busy with the promotion of your brand new album ‘Dor’. Even though the release was few days ago, how has been the feedback from the audience and the press?
DANIEL NEAGOE (DN): Hello and thank you for this chance. I must say that the feedback so far has been amazing and I could not be happier with all the kind words everyone has sent our way. Whether it be emails or messages or simply just worded personally, those words mean so much to us.

EM: Let’s talk about ‘Dor’. In this third album we can find the atmospheric Doom Metal that Clouds usually do. In my opinion, the difference with the previous releases is that in the new one the
sound is much better, more cohesive. Besides of that, I think that ‘Dor’ is an album more vulnerable than the previous ones because it offers more tragedy and grief in an extremely
beautiful way. In a composition level, which are the differences between ‘Dor’ and the previous releases?
DN: There is nothing compared to missing someone, physically and emotionally, longing after someone especially if that particular person is gone from this world and this is what ‘Dor’ has to offer. A simultaneous journey through longing and grief altogether. The sound is indeed better and more elaborate. I worked relentlessly on expanding on the ideas we gathered for this album and also on the mix and master.

EM: In ‘Dor’ we also find a lot of new things. First, Irina Movileanu has joined the band as a violin player. Has she contribute in the compositions of ‘Dor’ or has you manage all by yourself?
DN: Irina joined when the album was pretty much done however her input on love shows has made me realise I needed a musician like her and I cannot wait to work together on future songs. 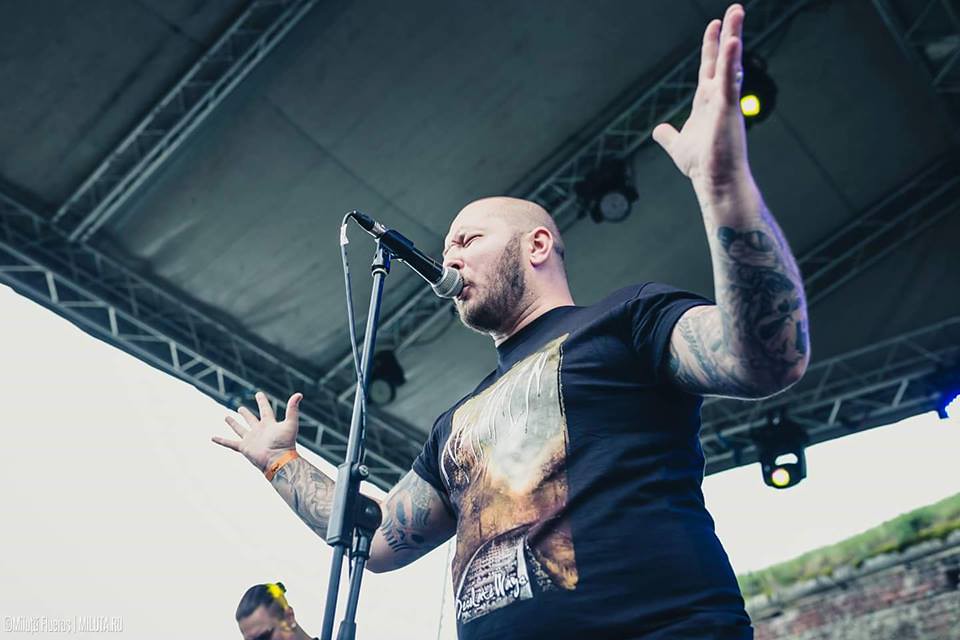 EM: We also can listen the voices of Gogo Melone (Aeonian Sorrow) and Pim Blankestein (Officium Triste) in two songs. Both of them collaborated with Clouds before. But also we found more
collaborations from Sylvaine, Mihu (Abigail), Kayla Dixon (Witch Mountain) and Caleb Bergen (Sleepwalkers), although they are only available in the songs that are in the double disc limited
edition. Why did you chose them and what can every one of them contribute in Clouds sound?
DN: Some of these musicians are old friends and some are new to our family however friends nonetheless. There is a tradition if you will, an initial tradition to gather the musicians we think fit with our concept and with our music, we aren’t trying to achieve anything by inviting these amazing people to collaborate with us, but more to emphasize with their voices or instruments their value as musicians and bring their own vision on our songs. And we haven’t been wrong so far :)

EM: Speaking about the limited edition, I was surprised when I saw that the second disc, the one with the collaborations mentioned before, will be only available for the ones that buy the limited
edition. I understand that is a way of reward the fans that spend more money in Clouds, but at the same time the rest of your fanbase couldn’t listen these collaborations. Why did you decide to
split the songs and collaborations in that way?
DN: The second disc will not be entirely hidden from our fans, however a physical version will -for now- be at a halt from their collection. I believe the time will come for another special package when our fans will be able to have it and I’m just waiting for this special occasion.

EM: By the way, there is any fetish with letter D? The title of your three releases begin with D (Doliu, Departe, Dor), the same with the EP (Destin) and the Single (Do You See Me). Is that for a concrete reason? And… your name also starts in D!! Hehe
DN: There is indeed a strong connection regarding the letter «D»; and there have been many speculations around this subject. However the topic is far too personal and unfortunately I will never reveal its true sense. I’m sure everyone understands.

EM: As a promotion of the new album you have released a music video of the song “Dor”. In that video we can see Kostas Panagioutou (Pantheist) as a main character. Which relation do you have with
him? Why did you chose him to do that?
DN: Myself and Kostas are old friends, band mates in Pantheist and i think he is one of the most expressive people I’ve ever met, hence it’s no surprise I’ve asked him to perform on the video and I’m truly cannot be happier with the outcome. I’ve chosen a simple yet effective display of emotion without the use or need for CGI effects. I believe in simplitude and not in pompous artefacts. 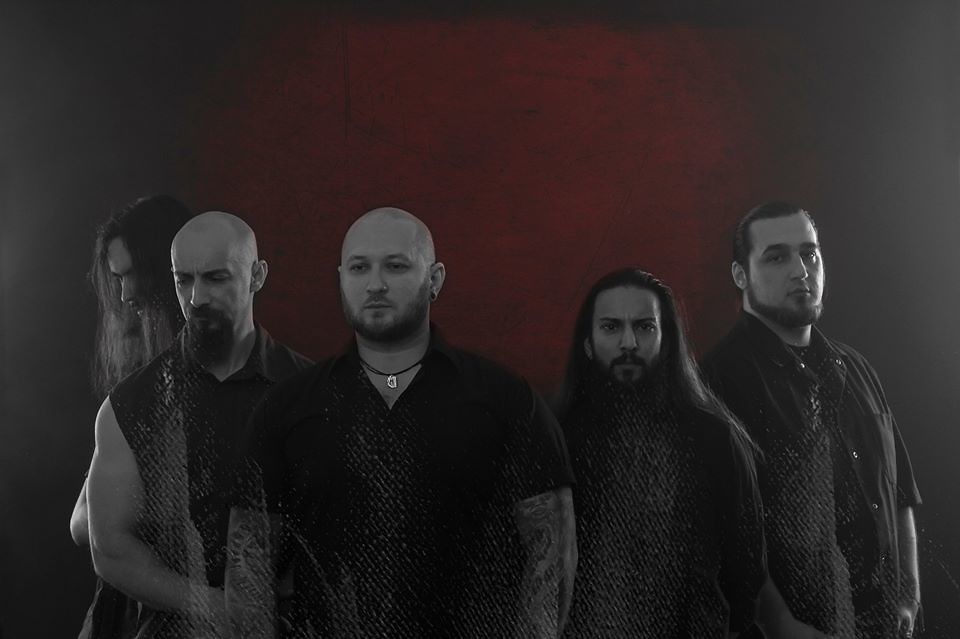 EM: Moreover, you have been the director of the video. Explain us, how has been all the creation process?
DN: It was very simple and very spontaneous. I’ve revealed the story to Kostas and I’ve let him interpret his character as he felt it. Nothing was particularly staged or rehearsed. I wish I had more to say regarding this subject but I’d only fill the blank spaces with nonsense.

EM: Let’s talk about Madrid Is The Dark as your first performance in Spain. Your confirmation in the festival was a good surprise and we are really expectant about seeing you in concert. What offers Clouds in a concert?
DN: We never take a gig fornthe sake of playing a show. Those who have followed us have seen that we don’t have many shows. But those we do have are very special and in very good company and location.
Because MITD is a special place and a fantastic festival with a worldwide reputation, we are honoured to participate. We always give our best, we always plan special setlists and make sure
whatever we do on stage is 100% us. Expect a lot of emotion and quite a few surprises.

EM: Will you play a setlist based in the new album or will you prepare a special setlist with songs from all Clouds history because it is the first performance in Spain.?
DN: As I said we have a few very pleasant surprises for this show and I’m sure everyone will be extremely happy with them. However we can’t reveal any of these surprises and we’d prefer to… well, let them be surprises. 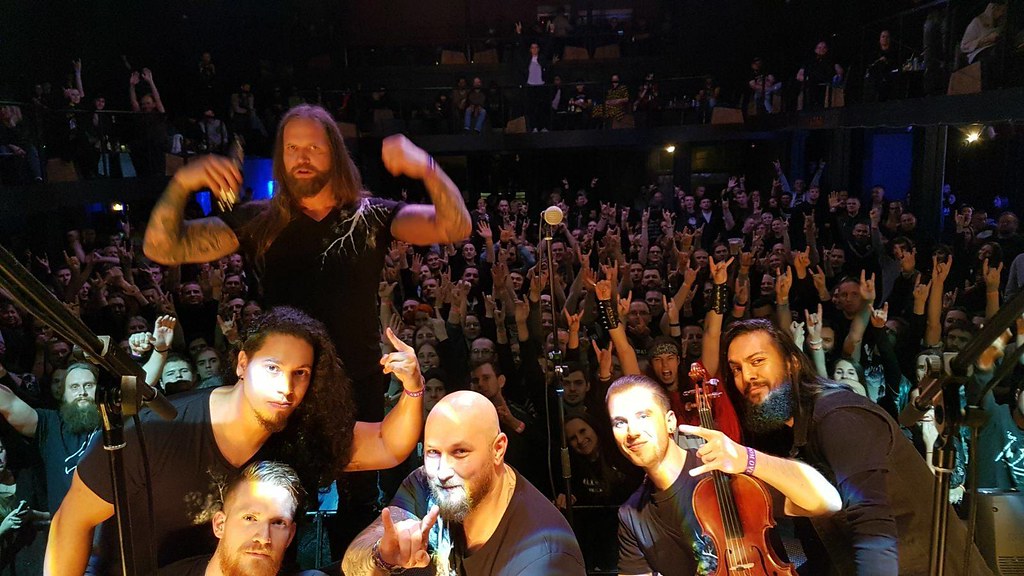 EM: You are going to play next Friday 7th December and you are going to share stage with Aathma, Animatter, Forgotten Tomb, Shining and Solstafir. What opinion do you have about these bands?
Are you going to spend the whole weekend in Madrid to enjoy the festival?
DN: All these bands are very well respected bands and I personally like all of them. Some have a long history behind and a lot to work has been put into the music. I can only appreciate everything they do. Unfortunately we are returning home the next day after we play however I’m sure that we will return as spectators soon.

EM: Before finishing the interview it’s time for the question that your Spanish fanbase awaits: what kind of merchandise will you bring to the festival?
DN: Rhere will be CDs, t-shirts and vinyls in the stock limit, we always have limited editions however there will be plenty of all.

EM: That’s all, Daniel. Thank you so much for answer our questions and see you soon! If you want to add something or convince someone that aren’t sure about attending the festival, the last lines
are yours.
DN: We are looking forward to playing the festival and we’d like to thank Jose and his team for his efforts to bring us there, it will be the first show in Spain and we would like it to be a memorable one. Thank you for the opportunity to say a few words! 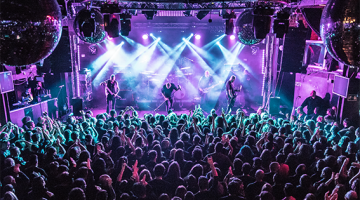 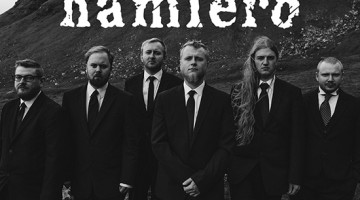 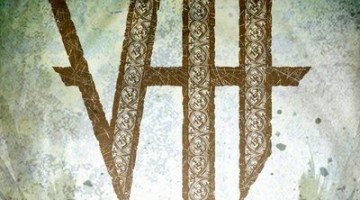