INTERVIEW WITH THEATRE OF TRAGEDY: REMIXED 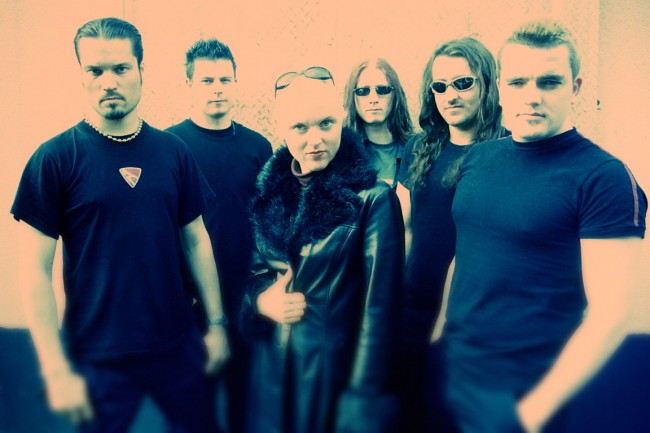 YES, indeed, Theatre of Tragedy are back with the issue of ‘Remixed’.
NO, forget it, Theatre of Tragedy are not returning in the shape and form most of the fans would like to see it.
We may expect to see their name again in the media with the launch of this new work, a revisit of many key points on their discography. This buzz is making grow all sort of speculation. Thanks to my personal and journalistic relationship with the band during the
last 20 years, I had the luck to discuss with Hein Frode Hansen some of the questions of all us ask to ourselves. You may notice this interview is not as deep into the matter as such a meeting like this would request, I can confirm this was the intention. For news around the band are coming, and Empire -and of course myself- would be there to share them. Let’s give the word to Heim by now.

EMPIRE MAGAZINE (EM): What’s the reason to release ‘Remixed’ 9 years after the split-up of the band?
HEIN FRODE HANSEN (HFH): Laziness, we have talked about this since after Assembly. Supposed to becalmed Reassembled. Never happened. So me and Lorentz talked a bit, pitched the idea to AFM and here it is.

EM: Is ‘Remixed’ a kind of album to close a contract with AFM Records?
HFH: You would think so but no. All our idea as most of TOT’s brilliant schemes we actually extended our current contract to include the reissue of Assembly and later Musique.

EM: Is this album the first step for a reunion?
HFH: No sorry. I can’t say it is. It is was it is. A collection of old and new remixes and interpretations of our songs by other artists we know and love. 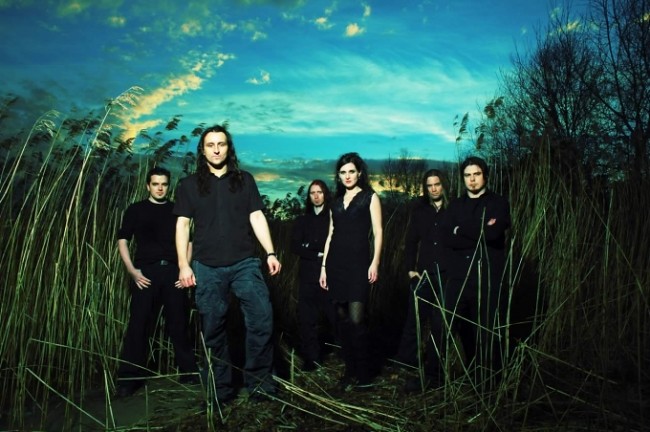 EM: I try to imagine a Theatre of Tragedy with Nell, Liv and Raymond and it could be simply amazing…
HFH: I agree. That would be amazing!

EM: What is the situation for a reunion, after your meeting back in 2016 and your conversations later? Could we still dream with a Theatre of Tragedy reunion? Would you be available to play again in Theatre of Tragedy?
HFH: For a ToT reunion to be a reality we need to have everyone on the same page and with the same enthusiasm and passion for a reunion. And off course available to do it. This is unfortunately not the case as of now.

EM: Liv, Lorentz and you met back in December 2016. Could you disclose something about that meeting?
HFH: We had cookies, had tea/coffee and talked about life, the band, the past and the future. 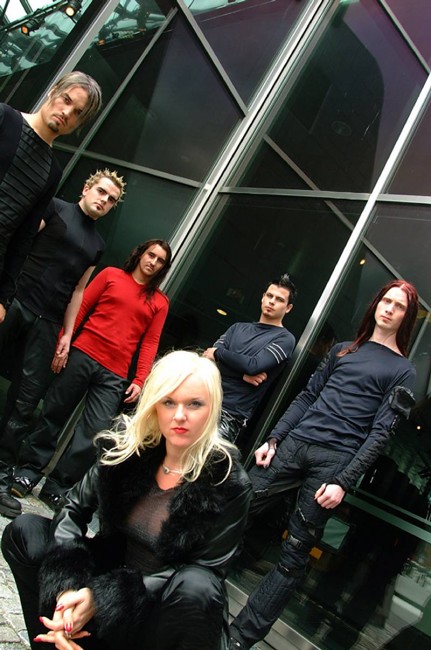 EM: What’s the status of your personal relationship with Theatre of Tragedy members?
HFH: Me, Frank, Lorentz and Vegard lives in the same town so we see each other every now and then. Nell (with family) we tend to visit or get visited by during summer vacation every year. I exchange sms with Liv once in a while. Tommy O I also see at gigs and other events every now and then.

For a ToT reunion to be a reality we need to have everyone on the same page and with the same enthusiasm and passion for a reunion. And off course available to do it. This is unfortunately not the case as of now.

EM: In terms of a comparison between ‘Aègis’ and ‘Forever is the world’, if they could be compared, I would say the first one was the top with Liv and the second was an intent to return to the ‘Aègis’ sound. Would you agree with this parallelism?
HFH: I have heard that before, and yes there is some similarities. There is elements in FITW that we have intentionally incorporated from our previous releases both in artwork and musics. There is also a lot of slower songs and more melancholic stuff. So yes I can see the parallels.

EM: New re-editing for ‘Assembly’ is coming. Could you tell us about it? Would this release contain new material?‘Musique’ is the only album that is not released in vinyl format, do you see any chance to do it?
HFH: Assembly has been unavailable digitally and physically for 6-7 years now and AFM wanted to reissue this and Musique again in vinyl editions as well as new digipaks. We remastered them with Jacob Hansen from Denmark. There is no new material in it except Keep me hanging on (cover song) as a bonus.
About ‘Musique’… There will be a special 20th anniversary edition on vinyl and cd next year with some surprise bonus material. 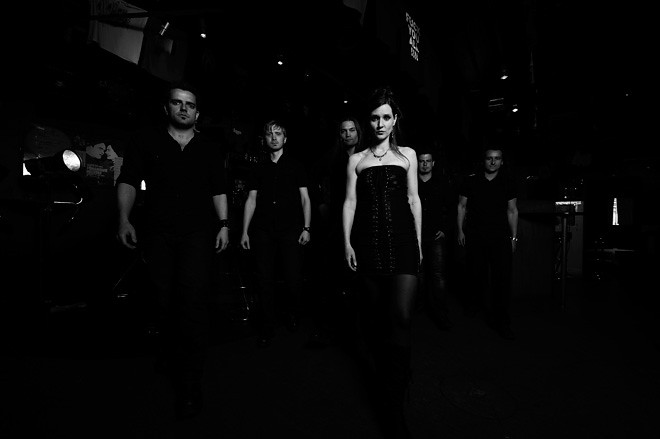 EM: Raymond and you were influenced by bands like Nine Inch Nails or Kraftwerk. Would you say the rest of the band had the same influences, too? If so, how important was that influence in your musical evolution?
HFH: Ray was/is the big Kraftwerk nut. He was more on the subtle British synth/electro while the rest of us was more into the more harsh and angry American Industrial like Nine Inch Nails. I guess they were quite important to us when we did Musique and Assembly.

EM: Back in year 2000, Anathema, Paradise Lost, My Dying Bride and you changed your careers doing an evolution of your music. What do you think about this evolution after all these years? Would you do it again?
HFH: Probably. This change was important for us to continue making music together and without the change I don’t think we would have existed after 1999.

About ‘Musique’… There will be a special 20th anniversary edition on vinyl and cd next year with some surprise bonus material.

EM: Liv and Raymond were playing together back in 2015. Did you watched some videos of their shows? If yes, how did it make you feel?
HFH: No, I have not. I didn’t really appreciate they way these shows were promoted and done at the time.

EM: If you were to start with Theatre of Tragedy again, what would you do differently?
HFH: Tour a lot more then we did. Play in more strange areas. 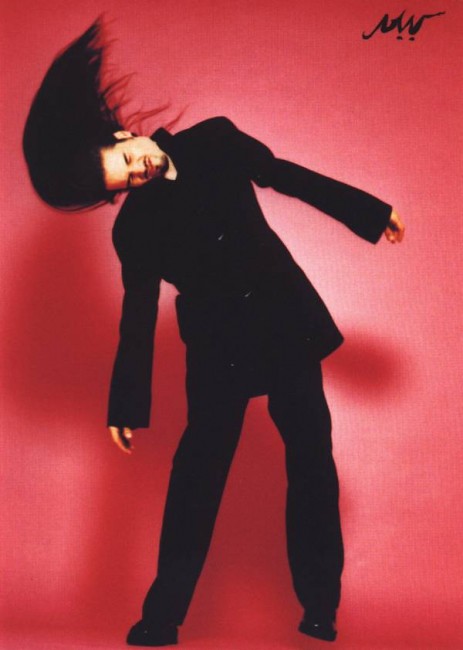 EM: Back in 2013 I had a chat with Raymond, Tommy Lindal, Eirik, Lorentz and you and I asked the same questions to Liv privately. Do you remember your reply?
Ray: No, I am out of music (after that he sung with Liv)
Eirik: Yes for a short tour, especially in Germany
Lorentz: If the other guys say yes, I say yes
Liv: Yes if they request me
Hein: Not in the foreseeable future, no
Which one will be your answer now and what do you think the other members would answer?
HFH: Mine would be the same. Liv and Ray I would presume similar. Lorentz would be different and Eirik haven’t touched a bass since 1999. 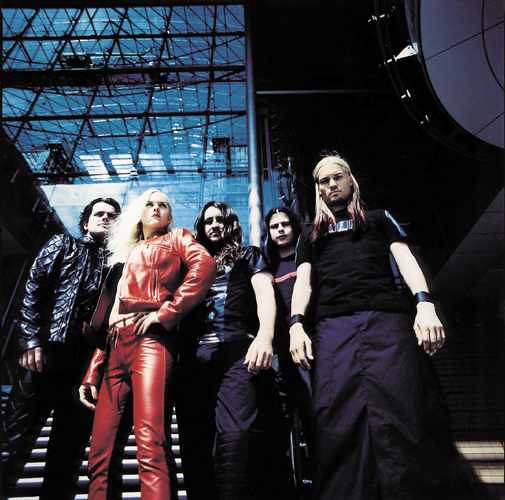 EM: Are you involved in any other musical project at this moment?
HFH: I am still doing a bit of The Black Locust Project.

EM: Would you like to add something else for your fans all around the world?
HFH: Thanks for the continues support of TOT and keeping us alive even if we broke up. Even if we don’t exist as a band anymore we have some cool reissues coming up in the next couple of months.

INTERVIEW WITH THEATRE OF TRAGEDY 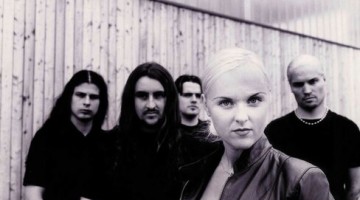 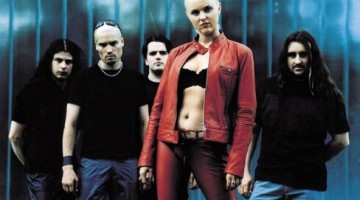